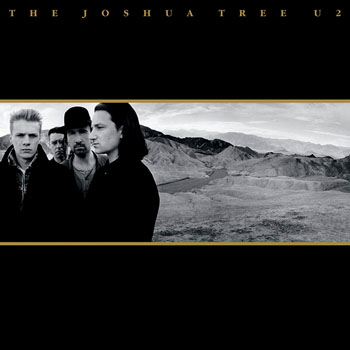 Bullet The Blue Sky is a song interpreted by U2, released on the album The Joshua Tree in 1987.

In the locust wind comes a rattle and hum
Jacob wrestled the angel and the angel was overcome
You plant a demon seed, you raise a flower of fire
See them burning crosses, see the flames higher and higher

This guy comes up to me
His face red like a rose on a thorn bush
Like all the colors of a royal flush
And he's peeling off those dollar bills
Slappin' 'em down, one hundred, two hundred