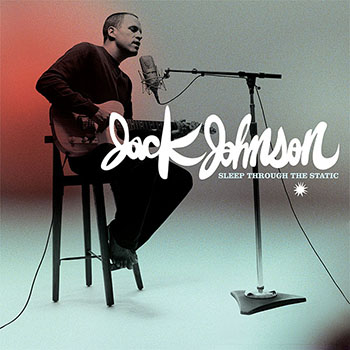 Sleep Through The Static

Adrift is a song interpreted by Jack Johnson, released on the album Sleep Through The Static in 2008.

Your voice is adrift I can't expect it to sing to me
As if I was the only one
I'll follow you, a leaf that's followin' the sun

When will my weight be too much for you?
When will these ideas really be my own?
'Cause this moment keeps on moving
We were never meant to hold on

This was a scene worth waking up for
When I woke up
You planted me in my own pod
Don't know why, but somehow it just feels so wrong

Sleep Through The Static