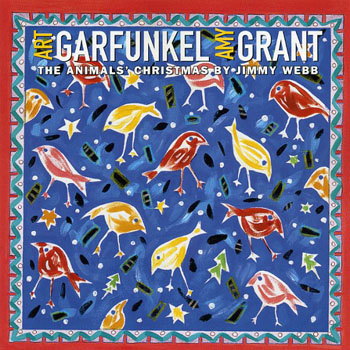 Incredible Phat is a song interpreted by Art Garfunkel, released on the album The Animals' Christmas in 1985.

As the hour of eleven drew near
Some poor stranger in rags did appear
At the door of the Inn
Face weary and thin
To ask, "Is there any room here?"
But the owner just laughed and said
"My friend, it's the coldest night of the year

"We've a sheikh with three wives
And a moneylender
A taxman, a soldier, and a harness mender
Three balmy old coots in silver boots
Two are stargazers and the other's a seer"

Out into the night crystal clear
The stranger went hiding a tear
And Incredible Phat, the Inn Keeper's cat
Followed and saw standing near
A donkey bearing a pale, sweet girl
Through the coldest night of the year

While the barmaid, the priest and the diplomat
Bought one last round for the acrobat
And a spy with no chin, who had also come in
From the cold, with Harod's surly charioteer

But Phat said, "Friends be of good cheer!
For I know of a shelter that's near
And he lead them out back to a tumbled down shack
Where the Inn Keeper's wife kept her steer
And he said, 'It's the warmest place in town
On the coldest night of the year

Yes he said, "It's the warmest place in town
On the coldest night of the year"