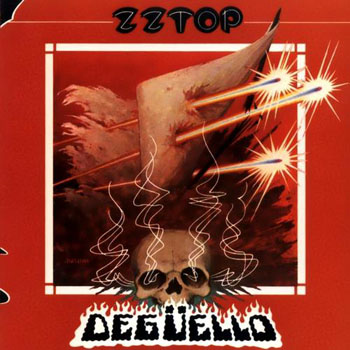 I'm Bad, I'm Nationwide is a song interpreted by ZZ Top, released on the album Degüello in 1979.

Well I was rollin' down the road in some cold blue steel
I had a blues man in the back, and a beautician at the wheel
We going downtown in the middle of the night
We laughing and I'm jokin' and we feelin' alright

Easin' down the highway in a new Cadillac
I had a fine fox in front, I had three more in the back
They sportin' short dresses, wearin' spike-heel shoes
They smokin' Lucky Strikes, and wearing nylons too

Well I was movin' down the road in my V-8 Ford
I had a shine on my boots, I had my sideburns lowered
With my New York brim and my gold tooth displayed
Nobody give me trouble 'cause they know I got it made