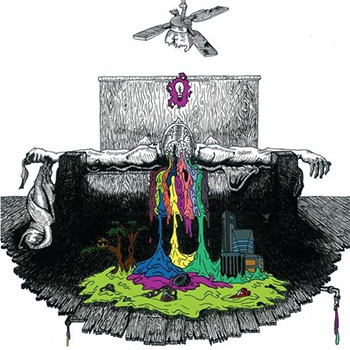 So the hearse ran out of gas, a passenger person grabbed a map
And the driver inside it contrived a new route to save the path
He checked his watch and grabbed a cab, a beautifully plain taxi cab
A cab, had a cleared out back and two men started to unpack
Driving once again, but now this time there were three men
And then I heard one of them say, "I know the night will turn to gray
I know the stars will start to fade when all the darkness fades away
We had to steal him from his fate so he could see another day."
Then I cracked open my box, someone must have picked the lock
A little light revealed the spot where my fingernails had fought
Then I pushed it open more, pushing up against the door
Then I sat up off the floor and found the breath I was searching for
Then there were three men up front, all I saw were backs of heads
And then I asked, "Am I alive, and well, or am I dreaming, dead?"
Then one turned around to say, "We're driving toward the morning sun
Where all your blood is washed away and all you did will be undone."

I said, don't be afraid