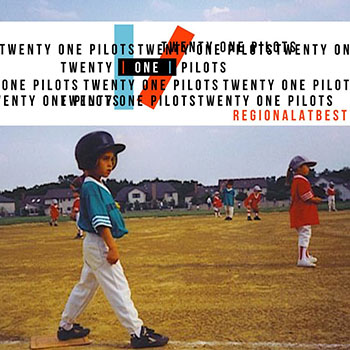 Be Concerned is a song interpreted by Twenty One Pilots, released on the album Regional At Best in 2011.

Where'd you go? Huh, they all think I know
It's so hard to motivate me to devote
A single inch of me to something I can't see
I don't mean to pry but why would you even make the eyes?

I don't believe my ears and I'm scared of my own head
I will deny you for years and I'll make you raise me from the dead
And if I said that I would live for you for nothing in return
Well, I'm sorry, Mr. Gullible, but lying's all I've learned
So be concerned
So be concerned

No music, and I can talk about anything
Whether or not it's worthwhile is based on who's listening
Most of us listen if it's something we can relate to
All of us relate if it's something we've just been through
Taken for granted, trust is damaged and now we panic
Living empty handed, living lies like we can manage
I can't feel you, but still know where home is, feeling like Jonah did
Almost dropped the bat like every base was fully loaded
So be concerned
So be concerned

I am disappearing inside my bird's eye theories
I tried to say goodbye, defy, and deny what it is I'm fearing
Clearly, I am dying dearly, I am writing merely
Testifying that a test to fly requires I pass the test with colors flying

I don't believe you most of the time
I'm lying cause I say I am fine
You are the pearl, I am the swine
So break my life and take this rhyme
I'm so sorry but I do believe
That all my bridges I have burned
And I've earned a policy of no-return
So be concerned