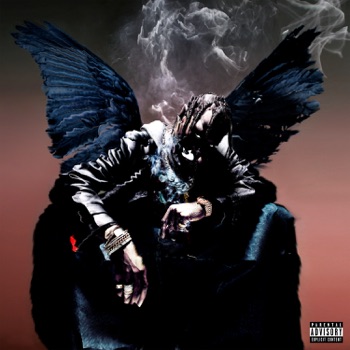 Birds In The Trap Sing McKnight

Outside is a song interpreted by Travis Scott, featuring 21 Savage, released on the album Birds In The Trap Sing McKnight in 2016.

We been hangin' outside, goin' in
Outside, not goin' in
Pull up in a Lambo or just with the Benz
Checking out, never checking in

We been outside, not goin' in
Hope you had a mattress when you sleepin' on me
Hope you got some backup if you creepin' on me
'Cause just last week I Rest In Peace'd a homie

Why you do it? Why you switch up? (Ooh)
Was it for the image or for the pictures? (Ooh)
You always seem to show up when I'm at the mixes
'Cause you know I'm not myself when I'm off the liquor
Off the lean, it's always better off the lean

21, 21, 21, 21
All my niggas outside
Pillow talkin', sneak dissin', get a nigga jaw wired
Beat your baby momma throat so long she say her jaw's tired
Young Savage get a nigga whacked cause I got mob ties, I'm a wise guy

All my niggas in the field
I'm draped in Avianne, I ain't got a deal
Slaughter Gang and PDE, we killin' shit for real (21, 21)
Ten bad bitches suckin' dick and eatin' pills (What?)

Birds In The Trap Sing McKnight