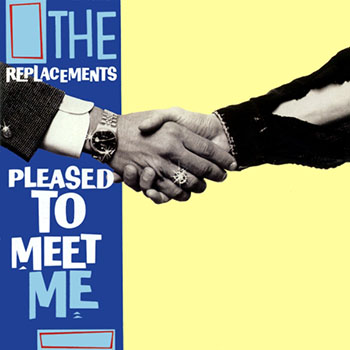 Pleased To Meet Me

Red Red Win is a song interpreted by The Replacements, released on the album Pleased To Meet Me in 1987.

A bottle of Chablis, hey now, that ain't no stuff for me
Chateau Timberley, as long as I can't see
Gallo or Muscatel, either one would be just swell
I didn't come here to fight, hey just as long as that ain't white

Hey now as long as it is red, oh set 'em up until we're dead
A Saturday sippin' beer is just a jug without a year

Now I ain't no connoisseur cat, I think you guessed that
Red red wine on Sunday just like Martin said
Red red wine red red wine set us up 'till we're dead

Pleased To Meet Me