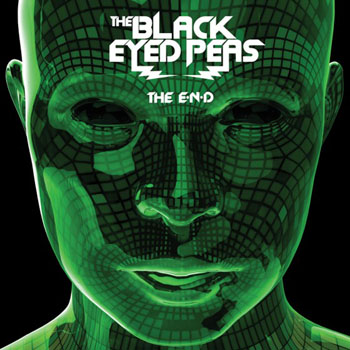 Another Weekend is a song interpreted by The Black Eyed Peas, released on the album The E.N.D. in 2009.

[Will.I.Am]
I call tab on Wednesday night, so we can make plans for Thursday night,
He said we could go his the p-bus, I was like,
"Yeah that's my favorite spot",
Plus I love it there cuz I got love on the list.
High power there so I don't even get frisk.
Walk up in the places and get hugged from the mrs.,
Pounce up on my brothers cuz they know I'm not visses,
The place to B-to-let it all out, right when the weekend come, the weekend come, ya'll could come,
So tell ya momma and yo poppa come,
Come and spin the record so we can get done,
Play some Passity-P maximum, Due to my man... the locomotion,
And I can't wait to go out and get some

[Apl.De.Ap]
Walked in the club at like 10:00 and the spot is hot like blowing up bru-spots,
Kuz it's thursday night and the night is young, 4-day weekend tryin to have some fun,
DJ throw 'em up, drop them joints, kuz everybody's been waitin' to dance and make noise, B-Boyz!
Lemme see ya break it down and, Ladies, let your hips move around, from the sound of the BEP family,
Got your bodies move around with my sister,"Fergie,"-quietly-And the blood of raise your hand, so let's get ready for the jam-z

[Taboo]
It was a thursday night and the party was bumpin' and the base was thumpin'
And the people were jumping and Taboo's at the front, still coming, and, (Here we come now)

[Will.I.Am]
Mr. Will.i.am, Mr. Will-i-um, When or when, Mr. Will.i.am,
Get her boogie on when the weekend come,
Check the p-pod, cuz thew vibe's in strone, Selena's phillipinas like, 1 by one,
All lines up and they ready for fun, Short ones, tall ones, beautiful ones,
B-Boyz, B-Girlz ready for "WHAT!?" Rakin' and shakin' and movin' like Sh- J-Rocks from the mix who is ready for,
Kuz he cuttin' up racks for e-very-body,
Come on over cuz we having a party,
We lighting up the sky with a burning star,
Throw your hands in the air if you know who you are,
Kuz we jumpin' all around with the boushy geizer, kuz we blessed by the music of it,

Lookout weekends cuz, here I come,
Because weekends are, ararhagr