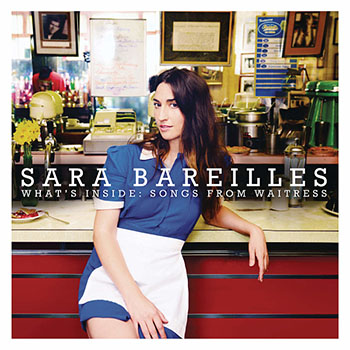 What's Inside: Songs From Waitress

She Used To Be Mine lyrics

She Used To Be Mine is a song interpreted by Sara Bareilles, released on the album What's Inside: Songs From Waitress in 2015.

She Used To Be Mine lyrics

It's not simple to say
That most days I don't recognize me
That these shoes and this apron
That place and its patrons
Have taken more than I gave them
It's not easy to know
I'm not anything like I used be, although it's true
I was never attention's sweet center
I still remember that girl

She's imperfect, but she tries
She is good, but she lies
She is hard on herself
She is broken and won't ask for help
She is messy, but she's kind
She is lonely most of the time
She is all of this mixed up and baked in a beautiful pie
She is gone, but she used to be mine

It's not what I asked for
Sometimes life just slips in through a back door
And carves out a person and makes you believe it's all true
And now I've got you
And you're not what I asked for
If I'm honest, I know I would give it all back
For a chance to start over and rewrite an ending or two
For the girl that I knew

Who'll be reckless, just enough
Who'll get hurt, but who learns how to toughen up
When she's bruised and gets used by a man who can't love
And then she'll get stuck
And be scared of the life that's inside her
Growing stronger each day 'til it finally reminds her
To fight just a little, to bring back the fire in her eyes
That's been gone, but used to be mine
Used to be mine

letra de She Used To Be Mine

She Used To Be Mine paroles

She Used To Be Mine songtekst

What's Inside: Songs From Waitress