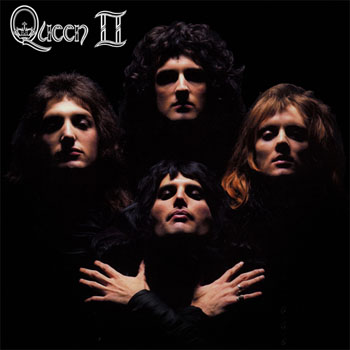 The Fairy Feller's Master-Stroke is a song interpreted by Queen, released on the album Queen II in 1974.

he's a fairy feller
the fairy folk have gathered round the new moon shine
to see the feller crack a nut at nights noon time
to swing his ace he swears, as it climbs he dares
to deliver...
the master-stroke

ploughman, "waggoner will", and types
politician with senatorial pope - he's a dilly-dally-o
pedagogue squinting, wears a frown
and a satyr peers under lady's gown, dirty fellow
what a dirty laddio
tatterdemalion and a junketer
there's a thief and a dragonfly trumpeter - he's my hero
fairy dandy tickling the fancy of his lady friend
the nymph in yellow "can we see the master-stroke"
what a quaere fellow

soldier, sailor, tinker, tailor, ploughboy
waiting to hear the sound
and the arch-magician presides
he is the leader
oberon and titania watched by a harridan
mab is the queen and there's a good apothecary-man
come to say hello
fairy dandy tickling the fancy of his lady friend
the nymph in yellow
what a quaere fellow
the ostler stares with hands on his knees
come on mr. feller, crack it open if you please