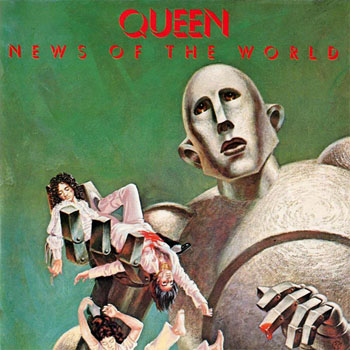 News Of The World

It's Late is a song interpreted by Queen, released on the album News Of The World in 1977.

Too late much too late
You're staring at me
With suspicion in your eye
You say what game are you playing?
What's this that you're saying?
I know that I can't reply
If I take you tonight
Is it making my life a lie?
Oh you make me wonder
Did I live my life alright?

News Of The World