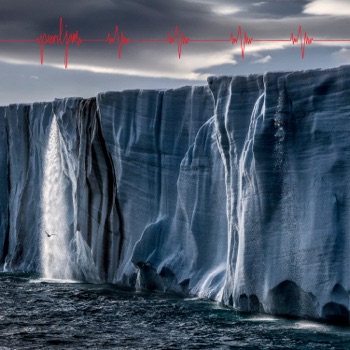 Seven O'Clock is a song interpreted by Pearl Jam, released on the album Gigaton in 2020.

Oh, seven o'clock in the morning, got a message from afar
Down under an oasis where there are dreams still being born
And summer spoke to winter, relaying all encouraging words
And I was fully grateful mutant messages were heard

Moved on from my despondency and left it in the bed
Do I leave it there still sleeping or maybe kill it better yet?
For this is no time for depression or self-indulgent hesitance
This f*cked up situation calls for all hands, hands on deck

Freedom is as freedom does and freedom is a verb
They giveth and they taketh and you fight to keep that what you've earned
We saw the destination, got so close before it turned
Swim sideways from this undertow and do not be deterred

Floodlight dreams go drifting past
All the lines we could've had
Distant loves floating above
Close these eyes, they've seen enough

Caught the butterfly, broke its wings then put it on display
Stripped of all its beauty once it could not fly high away
Oh, still alive like a passerby overdosed on gamma rays
Another god's creation destined to be thrown away

Sitting Bull and Crazy Horse, they forged the north and west
Then you got Sitting Bullshit as our sitting president
Oh, talking to his mirror, what's he say, what's it say back?
A tragedy of errors, who'll be the last to have a laugh?

His best days gone, hard to admit
Throwing angry punches with nothing to hit
Luminous thoughts were once all he had
Fading lights, lost eloquence
There's still a fire in the engine room
Knows relief will be coming soon

What's to be done?
Carve a path for rivers reign
Much to be done
Oceans rising with the waves, oh

Held by these thoughts
They refuse to slip away, oh
Hangman in dreamland
About to call your name