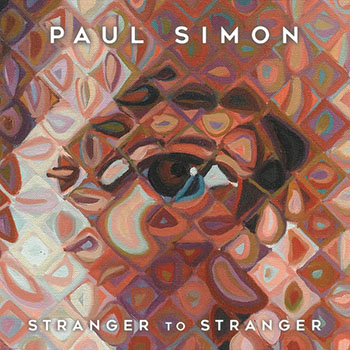 The Werewolf is a song interpreted by Paul Simon, released on the album Stranger To Stranger in 2016.

The werewolf is coming

The fact is most obits are mixed reviews
Life is a lottery, a lotta people lose
And the winners, the grinners with money-colored eyes
Eat all the nuggets, then they order extra fries

I hear her howling, prowling on the hills
The werewolf's coming, Bill

Ignorance and arrogance, a national debate
Put the fight in Vegas, that's a billion dollar gate

Revenues, pay per views, it should be pretty healthy
The usual productions, and it all goes to the wealthy

I'm not complaining, just the opposite my friend
I know it's raining, but we're coming to the end
Of the world, of the lyin' and the spyin' through
Oh, you don't know me?
OK, I don't know you, too

I hear her howling, prowling on the hills
The werewolf's coming

You better stock up on water, canned goods off the shelves
And loot some for the old folks who can't loot for themselves
The doorbell's ringing, could be the elves
But it's probably the werewolf. It's quarter to twelve
And when it's midnight, and the wolf bites