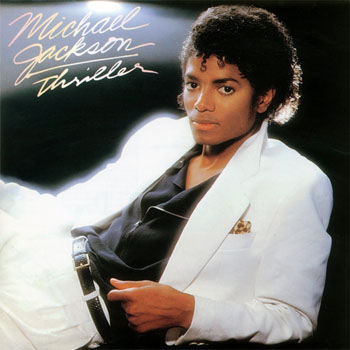 Thriller is a song interpreted by Michael Jackson, released on the album Thriller in 1982.

You hear the door slam and realize there's nowhere left to run
You feel the cold hand and wonder if you'll ever see the sun
You close your eyes and hope that this is just imagination, girl
But all the while you hear a creature creepin' up behind
You're out of time

They're out to get you, there's demons close to the inn on every side
They will possess you unless you change that number on your dial
Now is the time for you and I to cuddle close together, yeah
All through the night I'll save you from the terror on the screen