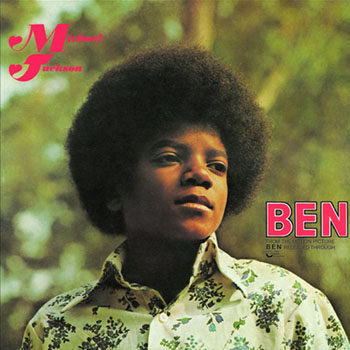 Ben is a song interpreted by Michael Jackson, released on the album Ben in 1972.

Ben, the two of us need look no more
We both found what we were looking for
With my friend to call my own I'll never be alone
And you my friend will see, you've got a friend in me

Ben, you're always running here and there
You feel you're not wanted anywhere
If you ever look behind and don't like what you find
There's something you should know, you've got a place to go

Ben, most people would turn you away
I don't listen to a word they say
They don't see you as I do I wish they would try to
I'm sure they'd think again if they had a friend like Ben
Like Ben, like Ben