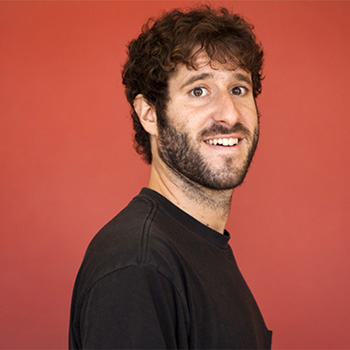 Make Belief is a song interpreted by Lil Dicky.

Sittin' in the backroom
Bein weird like a chatroom
Tryna chill, but I feel the appeals
Hella real, now it's looking like I'm that dude

Get in the way of displaying the flow
Like ain't nobody rap this way, gonna crack this game
It's a waste if he playin' em both up at the same time
I ain't even supposed to be the same guy

Ay you gotta switch the funny with the fake shit
Make a fake hit, 'bout the money rake and
Getting babes like a late Zach Morris up in Bayside
That's the only way da shit'll see the daylight

I ain't even gotta humour 'dat
C'mon bruh, even though I'm pretty new to rap
The songs Y'all make stink like tuna cans
C'mon dog where the real ingenuity at?

Errbody wanna act the same
And rap lame crap, tracks get attacked the same
That's why I been up in this muthaf*cka practicing
'Cause errybody in the game 'bout to know D
Old me, not another fake f*cking phoney homie
You'll see

Bet a beer that when dicky done
I'ma make it pretty clear who the gimmick was
I don't think I really care who been dissing us
Lemme know when your career as a mimic up
Better yet I think I got a deal for you critics that's been missing
What I'm spitting one contingency, you listen up

Now you feelin' a bit homophobic
Like, "Ew, what is wrong with him?
Man, this is why nobody big'll do a song with him."
Aight amigo, we gon' see who got it wrong again

For a minute, I admit I am only a beginner
But admit in my core I'm a vet
Lil Dicky know the chip up his my shoulder premature as it gets
He also pretty sure he the best

That's why I been up here imploring the bets
Matter fact I'll put up more than the head
I would give up my life for this shit
You right, then that's it

Now I'll be flowing till the whole world f*ckin' 'wit it
Oh, you thought I'm here make a name?
Boi, I'm finna f*cking change the game
And if a maf*cka' sayin' the same

I'll bet brain when you play him, you'll be saying that he saying the same
Thang, you hearing out of errbody
We ain't fearin' anybody
But I'm finished caring bout ya money

Whatchu wearing out when clubbin'
Who you staring down, the buddies that been there
And all da honey's you been snaring
Maf*ckas love to wear it out

They unprepared now
Like this a new approach to the art form
This muthaf*cka bringing jokes to the chart or
He doesn't dumb it down, flow lookin' smarter

Bro, I don't know dis' supposed to be hardcore
Up in our sport, it's a hard court
Shit, I'm on the grass straight laughing
The young Roger Federer of rapping

I'm done dodging, this about to happen
Thinkin' back to when Lil Dicky was a tennis captain
I was second singles, but ma' set of skills average
F*ck I admit it, but I hit it kinda different
And my will is what I win it with it's only an example

Errything I flow fire
You ain't hold a candle
Boi, I think it's showtime

Das' why I never really care for em
I'm too socially aware for 'em
Like how the f*ck do we prepare for him?
You better get another notepad

Getting so mad
Outta nowhere
D. it's only been a half year
But you flowin' like you knowing you the last here
But you going like ain't no one in ya class here

We ain't even gonna post his work
Is he a joke, lemme know when he let go of the quirk
And then I scroll down look at sounds goin' berserk
Because the whole f*cking blog full of flowless twerps