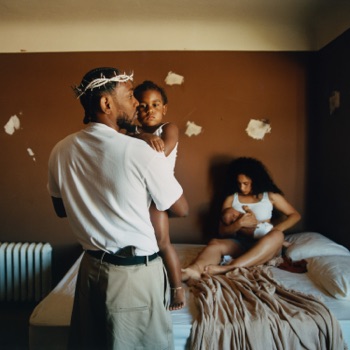 Mother I Sober is a song interpreted by Kendrick Lamar, released on the album Mr. Morale & The Big Steppers in 2022.

I'm sensitive, I feel everything, I feel everybody
One man standin' on two words, heal everybody
Transformation, then reciprocation, karma must return
Heal myself, secrets that I hide, buried in these words

Death threats, ego must die, but I let it purge
Pacify broken, pieces of me, it was all a blur
Mother cried, put they hands on her, it was family ties
I heard it all, I should've grabbed a gun, but I was only five

I still feel it weighin' on my heart, my first tough decision
In the shadows clingin' to my soul as my only critic
Where's my faith? Told you I was Christian, but just not today
I transformed, prayin' to the trees, god is taken shape

My mother's mother followed me for years in her afterlife
Starin' at me on back of some buses, I wake up at night
Loved her dearly, traded in my tears for a Range Rover
Transformation, you ain't felt grief 'til you felt it sober

I remember lookin' in the mirror knowin' I was gifted
Only child, me for seven years, everything for Christmas
Family ties, they accused my cousin, "Did he touch you Kendrick?"
Never lied, but no one believed me when I said "he didn't"

Frozen moments, still holdin' on it, hard to trust myself
I started rhymin', copin' mechanisms to lift up myself
Talked to my lawyer, told me not to be so hard on myself
He has an aura, I hope to achieve, if I find some help

Congratulations, made it to be famous, still I feel uneasy
Water watchin', live my life in nature, only thing relieves me
Spirit guide whisper in my ear tell me that she sees me
"Did he touch you?" I said "No" again, still they didn't believe me

Mother's brother said he got revenge for my mother's face
Black and blue, the image of my queen that I can't erase
'Til this day can't look her in the eyes pain is takin' over
Blame myself, you never felt guilt 'til you felt it sober

I was never high, I was never drunk, never out my mind
I need control, they handed me some smoke, but still I declined
I did it sober sittin' with myself, I went through all emotions
No dependents, except for one, let me bring you closer

Intoxicated, there's a lustful nature that I failed to mention
Insecurities that I project, sleepin' with other women
Whitney's hurt, the pure soul I know, I found her in the kitchen
Askin' god "Where did I lose myself? And can it be forgiven?"

Broke me down, she looked me in my eyes, "Is there an addiction?"
I said "No", but this time I lied, I knew that I can't fix it
Pure soul, even in her pain, know she cared for me
Gave me a number, said she recommended some therapy

I asked my momma why she didn't believe me when I told her "No"
I never knew she was violated in Chicago, I'm sympathetic
Told me that she feared it happened to me, for my protection
Though it never happened, she wouldn't agree

Now I'm affected, twenty years later trauma has resurfaced
Amplified as I write this song, I shiver 'cause I'm nervous
I was five, questioning myself, 'lone for many years
Nothing's wrong, just results on how them questions made me feel

I made it home, seven years of tour, chasin' manhood
But Whitney's gone, by time you hear this song, she did all she could
All those women gave me superpowers, what I thought I lacked
I pray our children don't inherit me and feelings I attract

A conversation not bein' addressed in black families
The devastation hauntin' generations and humanity
They raped our mothers, then they raped our sisters
Then they made us watch, then made us rape each other

Psychotic torture between our lives we ain't recovered
Still livin' as victims in the public eyes who pledge allegiance
Every other brother has been compromised
I know the secrets, every other rapper sexually abused

I see 'em daily buryin' they pain in chains and tattoos
So listen close before you start to pass judgement on how we move
Learn how we cope, whenever his uncle had to walk him from school
His anger grows deep in misogyny

Before I go in fast asleep, love me for me
I bare my soul and now we're free

The King And I - Eminem
Maléfica - Cazzu
Cargando