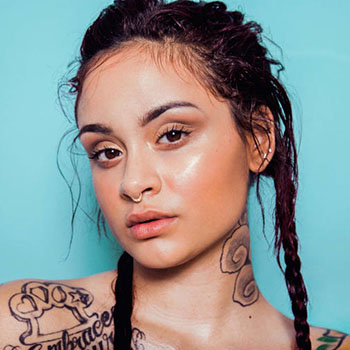 Valentine's Day (Shameful) is a song interpreted by Kehlani.

Torn between crying for help
And not lettin' them see me sweat
But it's certain shit I can't forget
I won't get over it easy, shit makes me queasy

I am making amends with myself
Forgiving me for loving you
I took a risk loving loudly, defended you proudly
Ignored all the signs, yeah, it's true

And the immature me wishes that I could make it known
That you should be left alone
Don't deserve words or thoughts from me
I can go heal on my own
And the immature me hopes the world sees just who you are, oh
A facade only gets you so far
And I'm bigger than you, so I can't meet you where you are

I'd say your name but you don't deserve recognition
You played the hero but you really are the villain
There ain't a bone in me that wants to spare your feelin's
You called me crazy, but it was my intuition

And the immature me wishes I could just run away (Ah, ah, ah)
To somewhere I still feel sane
'Cause truth is I've been f*ckin' lost since that very day
And really I'm wishing that I could just catch a break (Ah, ah, ah)
It's been hell every couple days (Ooh, ooh, ooh, ooh)
And now, I'm here broken, expected to carry the weight

I'd say your name but you don't deserve recognition (Nah)
You played the hero but you really are the villain
There ain't a bone in me that wants to spare your feelings (Ah)
You called me crazy, but it was my intuition (Ah)

I always land on my feet
Bounce back game clean and neat (Ah, woah-woah, ah)
Wish I didn't check your text when you was drunk 'sleep
I've seen everything that I ain't wanna see

Y'all might be soulmates after all of this, so
Out on the table your friends and your family, even your label
Everyone love me, damn, it's so shameful
I kept you stable, you should be grateful

I ain't find out sooner that you was unfaithful
Damn, you so shameful
So f*cking shameful
Damn, you're so, uh, f*cking ungrateful, uh