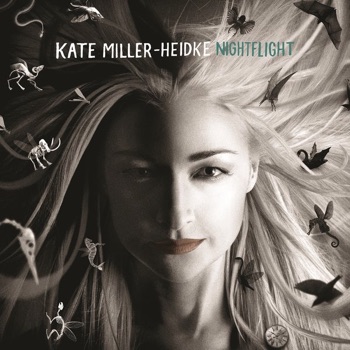 Fire And Iron is a song interpreted by Kate Miller-Heidke, released on the album Nightflight in 2012.

I played cool and I took a drag
Coughed like the kid on the panadol ad
You just smiled and kicked the dirt
Said, "We're not as cool as we thought we were"

As the sun came up we had to leave
You said my name, I could feel you breathe
I walked home in the freezing cold
Heartbeat thumping in my coat

Then one morning right on dawn
You the lost the wheel, you missed the turn
The whole world rolled on top of us
You said my name, but I never woke up again

Let it go, let it go
Where's the guy I used to know?
The girl I was died years ago, now she's a ghost
Let me go