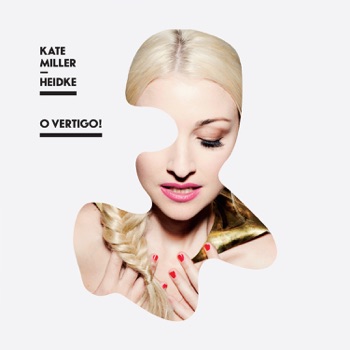 Drama is a song interpreted by Kate Miller-Heidke, featuring Drapht, released on the album O Vertigo! in 2014.

I stormed off the set, lit a cigarette
Headed straight for my trailer
Sent Celeste to get coffee
You know I only drink the best

(And then she went and slammed the door to her trailer
Heard her slaying, blaming her agent saying)
I said "One more minute working under these conditions
And there's gonna be a death" (What a bitch, she saying
Leading lady was a hack, not one of 'em can act
Every one a jackass and they're running around backwards) So what you call that?

I'm the only reason they bankrolled the film
Have you seen my receipts? I'm a big deal
(For real, peeling her face back, revealing the savage
A dragon disguised as an actress, feeding off the drama)

Had a few breakdowns, feeling kinda bad
Till they paid me half a mil just to talk about rehab
(I'm a little complicated)
Yes, I'm (heavily medicated insane in the brain from being famous
And then she walks around saying they wanna get in her jeans )

I put out a lot  (See you see what I mean?)
It's like All the guys wanna be me, all the girls wanna do me
VIPs wish they knew me, so go ahead and sue me (oh f*cking hell)
I got a top lawyer and an ego made of armor
I'll see you in court, it'll make great drama

You want drama? I'm your man (she's your man)

I met a holy man, a metaphysics teacher
He was deeper than Chopra, bigger than Oprah
As I was feeling generous I gave him some advice, I said
"No one ever got a thing by trying to be nice" (really?)