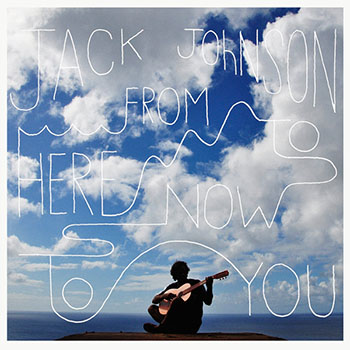 From Here To Now To You

Tape Deck is a song interpreted by Jack Johnson, released on the album From Here To Now To You in 2013.

From my tape deck there's a recklessness
Inflections of the world we want
All my friends, my rusty truck
Were just specs of love, directionless

My friend had an old guitar
He took some lessons, didn't get very far
An Ibanez with one knob stuck
Said you can have that thing for fifty bucks
Loren got a bass but he got no amp

We borrowed Skill's, we never gave it back
Luke was just learning how to strum
But since he was the worst
We made him play the drums

You may find in the palm
Of your hand theres a flame
As it burns, as it climbs
As it turns to a blaze

Well this flame, it wont last
Here it comes, hold it close
Because this blaze can be fast
Set it free now there it goes

Play these songs in the talent show
And all of the girls will be in the front row
But in the end we just chickened out
Because we can't sing, we can only shout
Only shh

From Here To Now To You