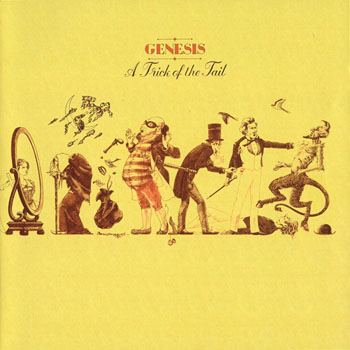 A Trick Of The Tail

Squonk is a song interpreted by Genesis, released on the album A Trick Of The Tail in 1976.

Go a little faster now
You might get there in time

In season of season
Oh, what's the difference when you don't know the reason
In one hand bread, the other a stone, no, no, no
The hunter enters the forest
But all are not huntsmen who blow the huntsman's horn
And by the look of this one you've not got much to fear

Here I am, I'm very fierce and frightening
I come to match my skill to yours
Now listen here, listen to me, don't you run away now
I am a friend, I'd really like to play with you
Making noises my little furry friend would make
I'll trick him, I'll kick him into my sack
You better watch out, you better watch out, hey

Walking home that night
The sack across my back
The sound of sobbing on my shoulder
When suddenly it stopped
I opened up the sack, all that I had
A pool of bubbles and tears, just a pool of tears
Just a pool of tears

All in all you are a very dying race
Placing trust upon a cruel world
You never had the things you thought you should've had
And you'll not get them now
And all the while in perfect time
Your tears are falling on the ground
Oh, no, no, no, no, no

A Trick Of The Tail