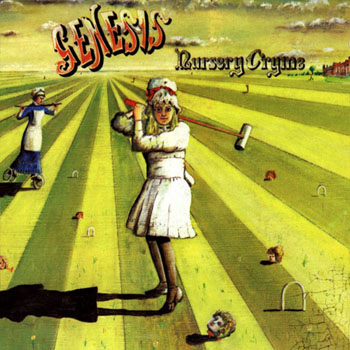 For Absent Friends is a song interpreted by Genesis, released on the album Nursery Cryme in 1971.

Sunday at six when they close both the gates
A widowed pair, still sitting there
Wonder if they're late for church and it's cold so they fasten their coats
And cross the grass, they're always last

Inside the archway the priest greets them
With a courteous nod, he's close to God
Looking back at days of four instead of two, years seem so few
Heads bent in prayer for friends not there