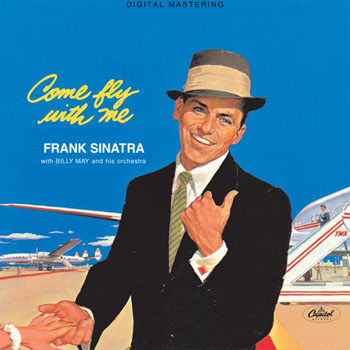 Come Fly With Me

London By Night is a song interpreted by Frank Sinatra, released on the album Come Fly With Me in 1958.

Deep in the dark that envelops the park
There's romance in each cigarette glow
Down by the Thames, lights that sparkle like gems
Seem to wink at each girl and her beau

Up comes the moon when the city's asleep
He's not alone, for it seems somewhere up there
Stands an angel to keep her watch
While each Londoner dreams

Come Fly With Me