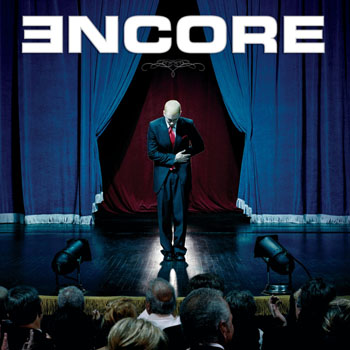 Em Calls Paul is a song interpreted by Eminem, released on the album Encore in 2004.

Hey, yo Paul, it's Em
I got your call about the Michael Jackson thing
An' I know that he's not 'Thrilled' about the video
What does he, 'Wanna Be Startin' Somethin'?

Well I'll show him who's really 'Bad'
Paul, 'The Way You Make Me Feel' with these calls
You should really take a look at the 'Man In The Mirror'
An' tell him to 'Beat It' because I 'Won't Stop Till I Get Enough'

Do you 'Remember The Time'
We were watching the 'Billy Jean' video?
Well, he'll always be that Michael to me
An' it doesn't matter if he's 'Black Or White'
Because I 'Can't Stop Loving Him' an' I hate plastic surgeons
And I hope they all f*ckin' die

How do you like that?
An' I like him, I like him a lot
I want to touch him but I can't
Excuse me, I'm takin' a shit, sorry

Anyways, call me back
I have this idea about how I want to end the show
So, hit me when you get this message, f*cker
Oh an' by the way
No, I don't have a new gun, goddamn it