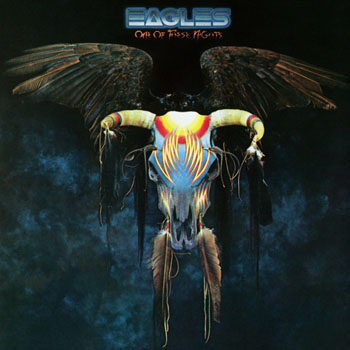 One Of These Nights

Visions is a song interpreted by Eagles, released on the album One Of These Nights in 1975.

Visions, that you stir in my soul
Visions, that will never grow old
Sweet baby, I had some visions of you
If I can't have it all, just a taste will do

Go ahead and live all your fantasies
(Don't you ever think about the other side?)
Helps you get from where you are
To where you want to be
(You and me oughta be taking a ride)
You do the best you can
And you make your mistakes
(If you don't like it, you can say that you tried)
'Cause all I have to give is whatever it takes

Dance, angel, dance 'til you wear out your blues
(Only thing that's gonna save you now)
Take another chance, you got nothing to lose
(The boy didn't love you anyhow)
Girl, you drive me wild when you do what you do
(Something makes me want to take you down)
If I can't have it all, just a taste will do
Just a taste of you

One Of These Nights