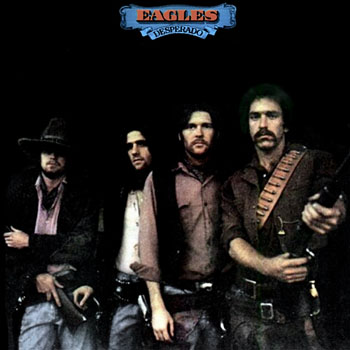 Doolin-Dalton is a song interpreted by Eagles, released on the album Desperado in 1973.

They were duelin', Doolin-Dalton
High or low, it was the same
Easy money and faithless women
Red-eye whiskey for the pain

Go down, Bill Dalton, it must be God's will
Two brothers lyin' dead in Coffeyville
Two voices call to you from where they stood
Lay down your law books now, they're no damn good

Well, the towns lay out across the dusty plains
Like graveyards filled with tombstones waitin' for the names
And a man could use his back or use his brains
But some just went stir crazy, Lord, 'cause nothin' ever changed

'Til Bill Doolin met Bill Dalton
He was workin' cheap, just bidin' time
Then he laughed and said, "I'm goin' "
And so he left that peaceful life behind