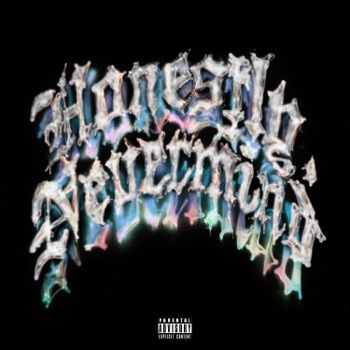 Sticky is a song interpreted by Drake, released on the album HONESTLY, NEVERMIND in 2022.

Ayy, two sprinters to Quebec
Chérie, où est mon bec?
They only givin' niggas plus ones, so I never pull up to the Met

Ayo Eric, bring them girls to the stage
'Cause somebody's getting paid and
Free Big Slime out the cage
Shawty try to play it cool but

Now she wish she woulda stayed 'cause
Every song that I made is
Ringin' like I got engaged (Yeah)
Love my guys, I wouldn't trade (Ayy)

If we together, you know it's a brief one
Back in the ocean you go, it's a—
It's a deep one
Forgave niggas in they feelings, lucky for y'all, we don't do civilians

You say I changed, I say that I millions, I did
The toughest act to follow's back on tour
Off-road Maybach, Pyrex trap
Virgil came back through the boy, damn

That's somethin' to me, niggas really had they back turned to me
I ain't talkin' my assistant when I say niggas down to pack somethin' for me
Then they thought they had the trap set for me
How you really think that went for me?