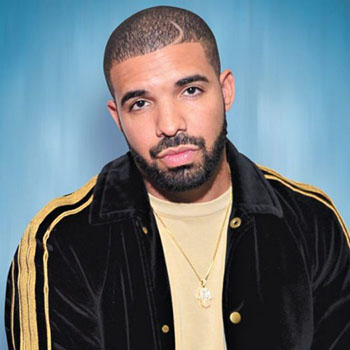 Godfather with a gun full of snakes
Car Porsche, time to give away a Wraith
Bricks boy, tryna turn 'em into bass
Big boy, I been tryin' by the Braves

Court room soundin' like I'm in the opera
Went and got it, now these niggas wanna knock us
Bitches fallin' 'cause they need a couple dollars
But it ain't a problem 'cause a nigga really got it

Fat boy, rich nigga, with a appetite
Count money all night undеr the candlelight
Spinnin' vinyl, Teddy P, us and Lionеl
Not a model, but I know I been your idol

Big bank, sparkin' weed without a lighter
On fire 'cause I'm just a different writer
Practicin' social distance with all these snitch niggas
Guess he jealous 'cause I had his favorite bitch with us

Big bucks, steppin' outta big trucks
Steppin' on my feet, it get you f*cked up
Got the squad with me and all they did was gimme love
Foot Locker, twenty deep, a nigga spend a dub

G-Wagen for my bitch, that girl go live it up
Death row, that's for these niggas, I'ma hit 'em up
Makaveli, it's All Eyez on Me
Pinkie rings, I'm still M-O-B (M-M-M-Maybach Music)

Signed, sealed, delivered, I f*cked the notary public
She witnessed me sign off on some undeniable numbers
Yeah, make a set sailin' Croatia to get the leverage
Groundskeepers cuttin' the grass and clippin' the hedges

I took two mill' out the cage down in the desert
Matthew Maddocks callin', the pit boss double checkin'
"The number's all good, just pay me, I'm at the Rondo"
Real life, the whole fam' goons like Ralo

One truck in front of me, one behind me to follow
Lemme get a lemon pepper order, please
You gotta have the link before you order these
Dockin' jet skis in the Florida Keys

We all grateful for Weezy, but no one more than me
You just found a bottle with the messages
These days, fame is disconnected from excellence
Half the time I gotta ask niggas what their profession is

Ushered a generation is, these is where my confessions live
I did brunch with the judge, we appearin' before
Private villas only, I don't go near a resort
We want everything galore, not just Lyra Galore

For real, and my city love me like DeMar Derozan
I sent her the child support, she sent me the heart emoji
They all say they love me but they hardly know me
Yeah, dropped 'em off at school, big day for my lil' man

Recess hits, daddy prolly made another M
School bell rings and I'm out there to get him again
Yeah, teacher-parent meetings, wives get googly-eyed
Regardless of what their husbands do to provide

Askin' if I know Beyoncé and Nicki Minaj
Of course, pull up to the front in the fleet of Suburbans
Flooded French Immersion with the Secret Service
Shit it so obvious it defeats the purpose

If this is your hobby then come and meet your maker
Champagne ring bells in the streets of Jamaica
Started at the crib, look how far this shit'll take ya
Ross sittin' on two hunnid thirty-five acres

Lemme know if that's a problem
If you got a problem with me, gotta walk around it
Used to say I had 'fore I got it, now I got it all
And bein' honest, I don't really wanna talk about it
And if I didn't have it, wouldn't wanna sulk about it
I had it so long, I don't even celebrate it
Negative thoughts don't even enter my inner matrix
'Magine em still rappin' 'bout if I never made it

Damn, not too many parallels left in our lives
I mean, my crib look bigger through my son's eyes
And the squad look bigger to the young guys
And my dick feel better when you drunk right

Spend nighttime starin' at the sunrise
And my diamonds all hittin' like tie-dye
Air Canada send a nigga when I die
Y'all gon' have to fly in and do your fake cry
First couple rows, you gon' see the real guys

The ones that purchase the vehicles 'cause their trunk size
The ones that look at other rappers like it's lunch time
Watch on my wrist never showed me crunch time
'Cause I ain't never let it come to that one time
To be real, man, I never did one crime
But none of my brothers could caption that line

Niggas love tryna put my bag where the walls facin'
Big body frames, wasn't into car racin'
Me and Chubbs drive by, shorty's heart racin'
I always end up droppin' the top when it starts rainin'
Livin' in the 6, eight weeks, sun blazin'

After that, the killers just go into hibernation
Damn, rest in peace Dolla Bill
How I get a girl and girls still wanna holla still?
How I'm so famous, gotta live where they hide the hills?
Everybody that survive got survivor's guilt

My label gotta prove they love me, gotta wire bills
My boy kitchen's done, lookin' like a flour mill'
You niggas' faces lookin' like you drank sour milk
And your albums like some mothaf*ckin' fire drills
It's like this shit feels real but it's never real, yeah