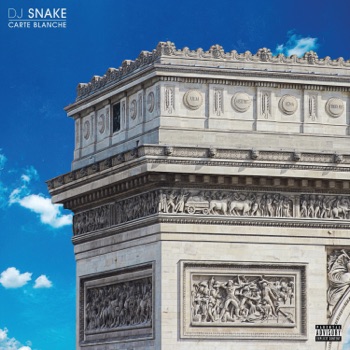 Smile is a song interpreted by DJ Snake, featuring Bryson Tiller, released on the album Carte Blanche in 2019.

Must be hard to keep 'em off you, girl
I know they wanna go, they must be
Uh‚ fiendin' for it, honestly, I'm dreamin' for it
I can see, I can see you finally (Yeah)

Giddy up, keep backin' it up (Keep back)
Her lips on MAC, no truck
If her nigga keep actin' up, I'm
Hmm, that's right

Let's call it a night, you damn right
Cool with me if you stayin' the night
He blew your high like dandelion
You make your wish, I grant it right

Ayy, and you keep that head strong
I could take that edge off
Girl, you know my sex great
My weed is good, my bed soft
Let me take them pants off
Pull every single layer off
Nope, I don't play at all

Gotta keep you going now (Goin' now)
I can't let you throw it down
Let me light your torch now (She fire)
He like to dim your light
Girl, I'm just glad you know it now
I can't even ride Porsche now

Without you there riding, riding out then slidin' out
'Less you right there beside me
Glide down the street
I like to see you smilin'