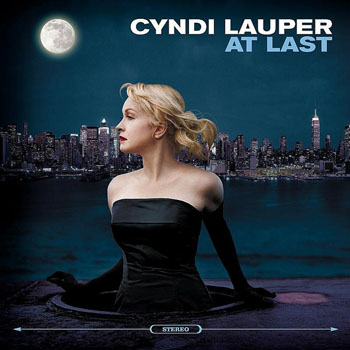 Makin' Whoopee is a song interpreted by Cyndi Lauper, released on the album At Last in 2003.

Every time I hear that march from Lohengrin
I am always on the outside lookin' in
Maybe, that is why I see the funny side
When I see somebody's brother take a bride

Weddings make a lot of people sad
But if you're not the one, they're not so bad

Another bride, another June
Another sunny honeymoon
Another season, another reason
For makin' whoopee

A lot of shoes, a lot of rice
The groom is nervous
Who can blame him? He answers twice
It's really killin', but he's so willin' to make whoopee

Picture a little love nest, I got you
Down where the roses cling, it's very romantic
Picture that same sweet love nest
Think, what a year can bring, I'm with you

He's washing dishes and baby clothes, he should
He's so ambitious, not really, he even sews, 2003 babe
But don't forget folks, that's what you get folks
For makin' whoopee

Another year, what, or maybe less
What's this I hear, can't you guess? No
She feels neglected and he's suspected, that's right
Of makin' whoopee

She sits alone 'most every night
He doesn't phone nor even write, I forgot the number
He says, he's busy, yeah but she says, is he?
He's makin' whoopee

He doesn't make much money
Yeah, five hundred thousand per, who told ya that?
Some judge who thinks he's funny
Says, you pay six to her

He says, "Now judge, what if I fail?"
Judge says, "Bud, right into jail" Whoops
You better keep her, I think it's cheaper
Than makin' whoopee

Yeah, don't forget, folks
That's what you get, folks
For makin' whoopee