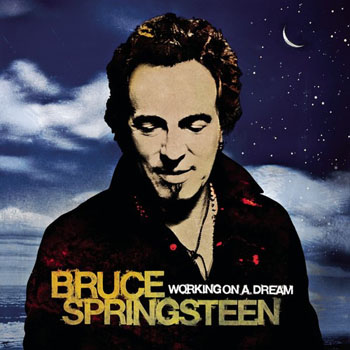 Working On A Dream

The Last Carnival is a song interpreted by Bruce Springsteen, released on the album Working On A Dream in 2009.

Sundown, sundown
They're taking all the tents down.
Where have you gone my handsome Billy?

Sundown, sundown
The carnival train's leaving town.
Where are ya now my darlin' Billy?

We won't be dancing together on the high wire
Facing the lines with you at my side, oh no.
We won't be breathing the smoke in the fire
On a midway.
Hanging from the trapeze, my wrists waiting for your wrists.
Two daredevils high upon the water's edge.
You throwing the knife that lands inches from my head.
Sundown.

Moon rise, moon rise, the light that was in your eyes is gone away.
Daybreak, daybreak, the thing in you that made me ache has gone to stay
We'll be riding the train without you tonight
The train that keeps on moving
It's black smoke scorching the evening sky.
A million stars shining above us like every soul living and dead
Has been gathered together by God to sing a hymn
Over the old bones.

Sundown, sundown.
They empty out the fairgrounds.
Where are you now my handsome Billy?

Working On A Dream