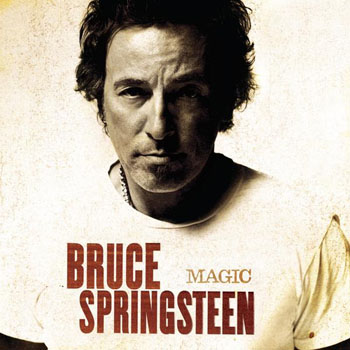 Gypsy Biker is a song interpreted by Bruce Springsteen, released on the album Magic in 2007.

Sister Mary sits with your colors, but Johnny's drunk and gone
This old town's been rousted, which side you on?
They would march up over the hill, this old fools parade
Shouting victory for the righteous for you must hear the grace
Ain't nobody talkin', but just waiting on the phone
Gypsy biker coming home

We rode into the foothills, Bobby brought the gasoline
We stood around the circle as she lit up the ravine
The spring hot desert wind rushed down on us all the way back home

To the dead, well it don't matter much 'bout who's wrong or right
You asked me that question, I didn't get it right
You slipped into your darkness, now all that remains
Is my love for you brother, life's still unchanged
To him that threw you away, you ain't nothing but gone
My gypsy biker's coming home