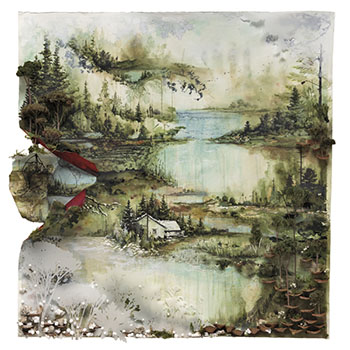 Towers is a song interpreted by Bon Iver, released on the album Bon Iver, Bon Iver in 2011.

For the love, I'd fallen on
In the swampy August dawn
What a mischief you would bring, young darling
When the onus is not all your own
When you're up for it before you've grown

From the faun forever gone
In the towers of your honeycomb
I'd a tore your hair out just to climb back, darling
When you're filling out your only form
Can you tell that it's just ceremon'?
Now you've added up to what you're from

Build your tether rain-out from your fragments [?]
Break the sailor's table on your sacrum [?]
F*ck the fiercest fables, I'm with Hagen

For the love, comes the burning young
From the liver, sweating through your tongue
Well, you're standing on my sternum don't you climb down, darling
Oh, the sermons are the first to rest
Smoke on Sundays when you're drunk and dressed
Out the hollows where the swallow nests