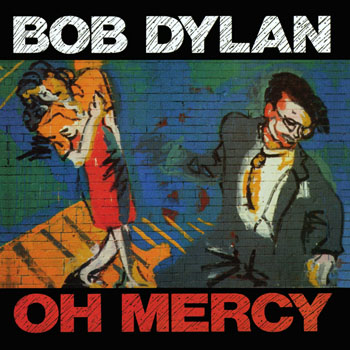 Man In The Long Black Coat is a song interpreted by Bob Dylan, released on the album Oh Mercy in 1989.

Crickets are chirpin' the water is high
There's a soft cotton dress on the line hangin' dry
The window's wide open, African trees
Bent over backwards from a hurricane breeze

Somebody seen him hangin' around
At the old dance hall on the outskirts of town
He looked into her eyes when she stopped him to ask
If he wanted to dance, he had a face like a mask

Preacher was talking there's a sermon he gave
He said, "Every man's conscience is vile and depraved
You cannot depend on it to be your guide
When it's you who must keep it satisfied"

It ain't easy to swallow, it sticks in the throat
She gave her heart to the man in the long black coat

There are no mistakes in life some people say
It is true sometimes, you can see it that way
But people don't live or die, people just float
She went with the man in the long black coat

There's smoke on the water, it's been there since June
Tree trunks unprooted beneath the high crescent moon
Feel the pulse and vibration and the rumbling force
Somebody is out there beating on a dead horse

She never said nothing, there was nothing she wrote
She gone with the man in the long black coat