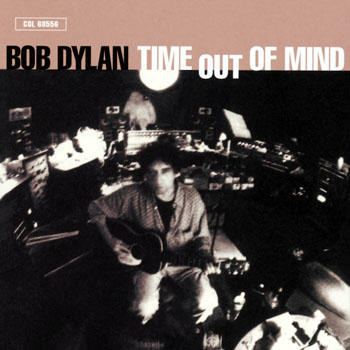 Time Out Of Mind

Highlands is a song interpreted by Bob Dylan, released on the album Time Out Of Mind in 1997.

Windows were shakin' all night in my dreams
Everything was exactly the way that it seems
Woke up this morning and I looked at the same old page
Same ol' rat race, life in the same ol' cage

I don't want nothing from anyone, ain't that much to take
Wouldn't know the difference between a real blonde and a fake
Feel like a prisoner in a world of mystery
I wish someone would come and push back the clock for me

I'm listening to Neil Young, I gotta turn up the sound
Someone's always yelling turn it down
Feel like I'm drifting, drifting from scene the scene
I'm wondering what in the devil could it all possibly mean?

Insanity is smashing up against my soul
You can say I was on anything but a roll
If I had a conscience, well I just might blow my top
What would I do with it anyway
Maybe take it to the pawn shop

I'm in Boston town, in some restaurant
I got no idea what I want
Well, maybe I do but I'm just really not sure
Waitress comes over
Nobody in the place but me and her

It must be a holiday, there's nobody around
She studies me closely as I sit down
She got a pretty face and long white shiny legs
She says, "What'll it be?"
I say, "I don't know, you got any soft boiled eggs?"

She looks at me says, "I'd bring you some
But we're out of 'm, you picked the wrong time to come"
Then she says, "I know you're an artist, draw a picture of me"
I say, "I would if I could, but I don't do sketches from memory"

"Well", she says, "I'm right here in front of you or haven't you looked?"
I say, "All right, I know but I don't have my drawing book"
She gives me a napkin, she says, "You can do it on that"
I say, "Yes I could but I don't know where my pencil is at"

She pulls one out from behind her ear
She says, "All right now, go ahead, draw me
I'm standing right here"
I make a few lines and I show it for her to see
Well, she takes a napkin and throws it back
And says, "That don't look a thing like me"

Least that's what I think I hear her say
"Well", I say, "How would you know
And what would it matter anyway?"

I say, "I read Erica Jong", she goes away for a minute
And I slide up out of my chair
I step outside back to the busy street
But nobody's going anywhere

Everyday is the same thing out the door
Feel further away then ever before
Some things in life it gets too late to learn
Well, I'm lost somewhere
I must have made a few bad turns

I see people in the park forgetting their troubles and woes
They're drinking and dancing, wearing bright colored clothes
All the young men with their young women looking so good
Well, I'd trade places with any of them in a minute if I could

The sun is beginning to shine on me
But it's not like the sun that used to be
The party's over and there's less and less to say
I got new eyes, everything looks far away

Well, my heart's in the Highlands at the break of day
Over the hills and far away
There's a way to get there and I'll figure it out somehow
But I'm already there in my mind
And that's good enough for now

Time Out Of Mind