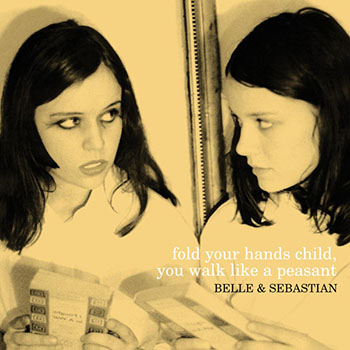 Fold Your Hands Child, You Walk Like A Peasant

The Model is a song interpreted by Belle And Sebastian, released on the album Fold Your Hands Child, You Walk Like A Peasant in 2000.

I will confess to you
Because I didn't think about the message
As I walked down the alleyway, it was a Sunday
All my friends deserted me because you painted me
As the fraud I really was

You're not impressed by me
But it's a funny way for you to tell me
A whisper in a choir stall
The man was talking about you simultaneously
Frankly, I let my heavy eyelids flutter

Because I have been sleeping badly lately
I know you were historical from all the books I've read
I thought you could be bluffing
And with this chance I've missed, I feel remiss
It's days and months before I'll see you again

Fold Your Hands Child, You Walk Like A Peasant