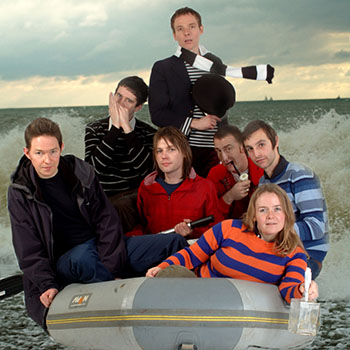 Suicide Girl is a song interpreted by Belle And Sebastian.

My friend, she wants to be a suicide girl
I'll take her picture for the whole wide world
I've known her for a long time, you could say that I'm a fan
But I always thought that I would be her man

My friend, she wants to be the girl of suicide
She wants a number for her radical side
I know that she is special
I can see what she has got

But without her gloves and garnered clothes
She will take them to the world
Exposed, she gives it all away

My friend, she sometimes gets anxiety and stress
She got a man from the NHS
She proclaims a week of sadness
She's abstained from telling jokes

The world will see her poor image
A butterfly to empathy
I know that I can do it
I'm in to light, I'm in to shade

But let's face the facts, we ain't goin' back
When she takes off her clothes
We'll never be the same again