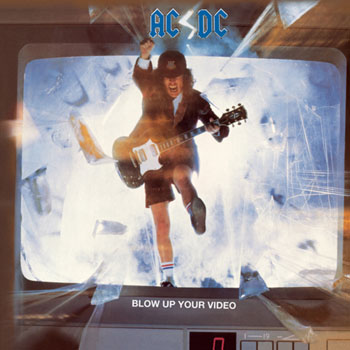 Blow Up Your Video

Meanstreak is a song interpreted by AC/DC, released on the album Blow Up Your Video in 1988.

I've been to the left, I've been to the right
I've found myself in Abudhabi, just a mirage in the night
Been to the high, I've been to the low
And I've been to lots of places that I didn't wanna go
But I ain't see nothing to get me off my ass
And laughed at all the jokers wanting make me walk on glass
I could walk 'fore I could crawl
And I was meaner than a bad dog with his back against the wall

I just don't know who I wanna be
The count of Monte Cristo or the sheik of Arabia
I've eaten rich, and I've eaten free
I'm the perfect culture vulture in the face of poverty
And I ain't met no one who told me I got class
They say never feed the animal, the boys got too much flash
I'm a guy they just can't teach
And I always kick the castle that's been built up on the beach

Blow Up Your Video